Sign up to our newsletter for all our updates direct to your inbox. 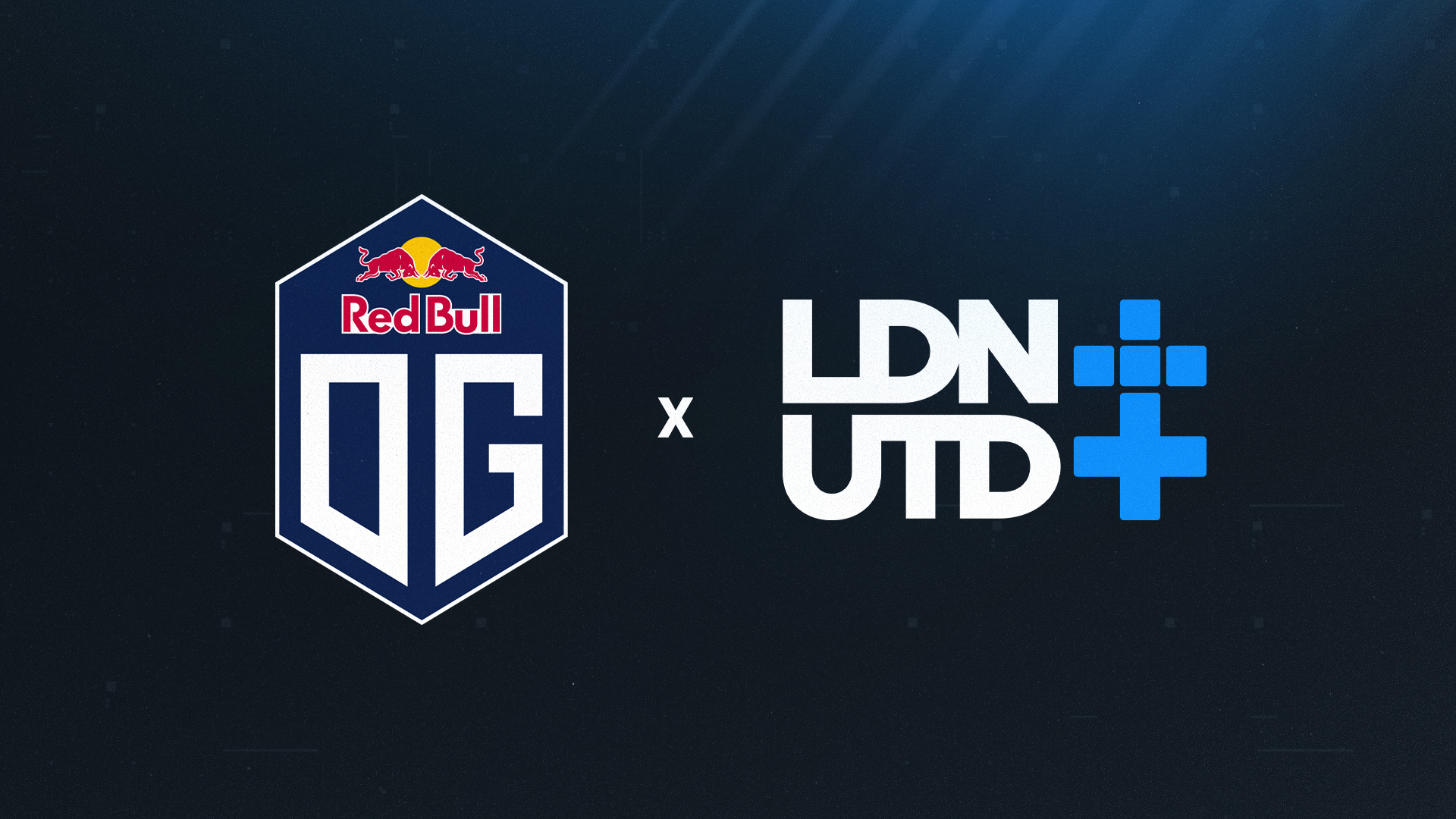 Having retained its VCT status, the OG LDN UTD team will subsequently be competing in the upcoming VCT Challengers Stage from May 13 with all players wearing co-branded OG LDN UTD jerseys to represent this new partnership.

Through this unique partnership, both organisations will provide world class support, including regular high end bootcamps and other performance services to the players, whilst also focus on community growth and joint events, with some taking place at LDN UTD’s Centre Of Excellence in Camden Town, London.

The Roster will continue to be comprised of the existing LDN UTD roster:

Tommaso "joYnt" Gavioli will continue in his role as Coach and will be joined by OG analyst Tyler “Bambino” Jay.

Day to day operations will continue to be under the auspices of LDN UTD, and in particular Head of Esports Ali “Rezi” Rashid, alongside OG’s Head of Esports, Mike Schwartz.

JMR Luna, CEO of OG Esports: “Very rarely do we have a chance to work with another value driven company and in LDN UTD we have found a perfect match. We love their community driven initiatives and what they are building, so when we all sat down together and spoke, we became very excited about this adventure together. We think they have done a very good job building and nurturing this project and we hope we can contribute to its success this new season 🌻”

Oliver Weingarten, Founder and CEO, LDN UTD: “OG’s reputation in esports is well earned and highly respected, and through this unique partnership we will be able to continue to support our existing VALORANT team and give them the best chance of pursuing success and fulfilling their ambition. We look forward to working closely with OG to grow the community and host engaging, joint events with them in London that further our ethos.”

Connor Ball, Co-Owner of LDN UTD: “I’m so excited for LDN UTD to work with an organisation that aligns with our values, to enhance our VALORANT competitiveness, and I’ve no doubt alongside Johan, Seb, JMR and the OG team we are going to create some great content that the community will love.”

Founded in 2015 by Johan ‘n0tail’ Sundstein, OG Esports is one of the most popular esports brands in the world focusing on storytelling, esports and community. Initially known for its legendary Dota 2 roster who reached the highest and unmatched achievements possible in the scene, winning back-to-back Internationals as well as four majors, OG is now home to passionate and brilliant minds following the same path towards excellence in multiple esports divisions including CS:GO and VALORANT.